Dave and our friend Beth have a semi-regular gig on the local CBC morning show‘s social media panel…but this week, Dave’s away. Since it’s handy to have a literal in-house replacement to offer up, I got to play pinch hitter. And thanks to last week’s #FHRITP spectacle last week in Toronto, they were talking online shaming, which I’ve been thinking and writing about since the conclusion of my thesis. 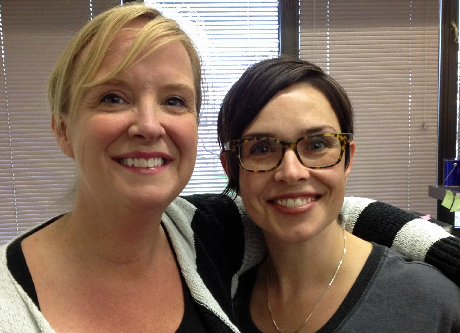 Here are Beth & I at the brisk and perky hour of 7:30 in the morning, talking it all through. But being me, I made notes that could have filled a three-hour show, and it got me thinking about shame and scale and social media at a level that I couldn’t manage to pack into our ten minutes on air.

Here are the highlights of what a combination of years of background research into social media + frantic Googling + the threat of making a totally unprepared arse of myself on-air got me thinking about shame and all the sensationalism-driven conversations we’re having, societally, about social media and shame.

First, public shaming is in no way a new or online phenomenon. We may be experiencing a glorious new glut of it in our Twitter and Facebook feeds, but our fascination with it shouldn’t fool us…we’re not gawking because it’s new. We’re gawking because it’s uncomfortable.

We’re gawking because Call-Out Culture calls us out – no matter what sanitized shade of bland we may be as individuals – and reveals our participation in the engines of power that allow some people to chew others up. We’re not supposed to talk about power. It works hard to make itself invisible. But I think social media platforms hail us, in Althusserian terms, into complex and collapsed social and political ideologies of power in ways we can’t quite naturalize because the platforms are still so new and constantly changing. Online, we have to grapple with our own interpellation as subjects.

Second, there are two ways public shaming has always worked.

So I think online shaming and Call-Out Culture is a clash of these two archaic forms of public shaming. And which is which depends on where the speaker aligns – at that moment, in his or her complex and intersectional identity.

Here’s how you tell: does the speech act he or she engages in reinforce the status quo or challenge it?

The first is trolling. Trolling silences through shame. It reinforces status quo power positions: male over female, rich over poor, white over black, abled over disabled…any of those societal norms that govern who gets heard.

The second is hashtag activism. Hashtag activism allows people who experience marginalization to band together to speak back – to call out and critique others for the degrading or insulting or even just casually ignorant thing they’ve said in public.

Sometimes people have a hard time figuring out which side that status quo is actually on. Both trolling and calling out can be nasty, from a personal perspective, and people like to feel righteous, so you’ll see cases like the dude with the TV reporter who’s acting all offended that she’s calling him out for having leapt into her WORK to sexually degrade her for his own entertainment and…what? Fame?

And call out culture can be like that – when the hashtag activists succeed sometimes the consequence can seem out of proportion to the offence. But it raises real questions of what SHOULD the consequences of public speech be?

Because if people DO get away with disrupting and degrading others just to reinforce power positions – oh hey, it’s funny, can’t you take a joke? – then REAL PEOPLE end up living with that, feeling degraded…and that has consequences too.

Both individually and for that status quo of who gets to speak and be heard.

We don’t want a society entirely driven by shame. Those always turn out dangerous. But I am wary of the ways that pundits and media are lining up to denounce shame at this juncture, particularly when their words tend to sympathize with the risks that white, middle class Justine Saccos face in this “mob morality,” rather than with the risks and shame that those #FHRITP guys were trying to inflame as they aggressively asserted their own right to complete and utter shamelessness. Shame should not be a zero-sum. Shame as a tactical response to marginalization should not be needed…but if it works, let’s not focus on shutting down the very few effective means we have for speaking truth to power at scale.