Mostly, when I write and talk about social media, the riskiest thing I’m doing is destabilizing a few people’s dearly-held concepts about the ways in which scholarly influence operates and circulates within academia.

This past weekend, though, I had the privilege of doing something that felt much more dangerous – I talked about the culture of sexism and sexualized violence on campuses and in society at large. In a keynote, on a campus where last year’s student orientation chant about non-consensual sex hit Youtube and made national and international news. The audience, mostly from Maritime Canada higher ed institutions, were lovely. Designing the talk was terrifying.

Not because I was talking particularly outside my field: I wasn’t. I talked about it all through the lens of social media, as both a symptom of and contributor to the problem. I talked about #yesallwomen and about the UCSB shooting and Men’s Rights Activism sites and about how social media amplifies all aspects of who we are and what we think and believe, and reflects society’s power relations as much as it also actively tries to shape them. I talked about how the stories we tell ourselves about technologies are often deterministic, even scapegoating, focusing blame on gadgets rather than on ourselves. It was a culture talk, a structure talk, and a history talk, in addition to being a social media talk. I was proud of it.

And it went well, though I can’t entirely credit my carefully-crafted navigation of the semiotic landscape of gender and power. It worked in part because I didn’t actually have to introduce the topics of conversation or carry them into the arena for discussion: I followed on the heels of the very sincere and very illustrious Wayne MacKay, whose bio features his Order of Canada and the fact that he chairs committees and councils on cyberbullying and sexualized violence on campuses and is a lawyer and professor and former President of my undergraduate institution.

(My bio, on the other hand, pretty much mentions that I have a Twitter account. To thine own self be true.)

It wasn’t punching above my weight that felt dangerous. It was the in-between space of the topic: the fact that what is sayable about the reality of gendered identities and sexual politics these days is fraught and limited. The fact that – and this is at the core of everything I tried to say – they have ALWAYS been fraught and limited. The fact that as a 42 year old grown woman with a big-ass vocabulary, using the word “patriarchy” in a public conversation – online or in person – still makes me nervous. Because I don’t much enjoy being diminished and abused, full stop, and while correlation may not be causation, I tend not to stick my hand back on the stovetop after a burn.

When high-status white males lend their voices to framing these conversations, it’s easier. Their very presence does the discursive work of legitimating the topic, making it a Very Important Thing and not an attack from the margins. In the case of Saturday’s conversation, it also helped that we were addressing college and university student services professionals who live and walk the talk of diverse, inclusive campuses far more adeptly and viscerally and vigilantly than many in higher ed. But Wayne and the gentleman who opened the day also introduced terms like misogyny and rape culture to the conversation, leaving me free to deepen that conversation rather than spend my hour trying to justify having it in the first place. Their acknowledgement of sexism and sexual violence as problems within campus cultures was key.

But the very identity positions that enable white Boomer males who sit at tables of power to speak of sexism and sexual violence without being seen as accusing also allow them to reify frameworks that neutralize and distance these phenomena, whether they mean to or not. Talk of hookup culture and social media and values serves to make this a “kids these days” conversation, not a conversation about the imbalance of power and identities in our culture. It makes the problem new. It makes us – the grownups – less complicit.

Let me be very precise. This is not new…it is old school, in the most literal sense. We are simply forced – by virtue of an immersive and intrusive news culture and the rise of risk management and institutional optics – to talk about it.

I talked about this in terms of stories. Stories are the ways in which we understand who we are, and our stories of culture and technologies right now are failing to give us any tools we need to develop productive identities for the world we’re in.

I told a story about obscene phone calls. When I was nine or ten, my mother and I had a caller who harassed us for months before the threat of being traced finally got rid of him. 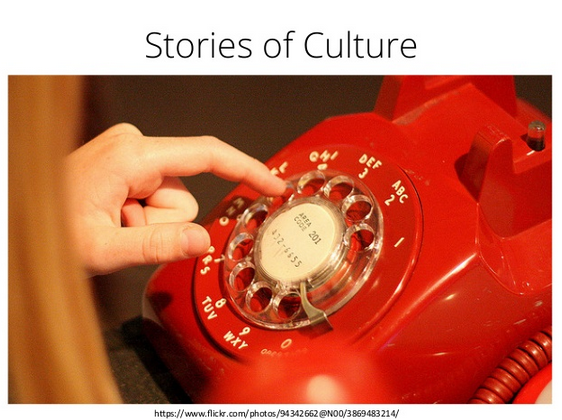 Early on, before my mother banned me from answering, I heard the deep, heavy breathing on the other end of the line. I suspect he said more to my mother, because I remember the sharp staccato of her voice, fearful and indignant. I knew from my friends that if we’d only had a man in the house he could’ve gotten on the line and scared the caller into going away. I decided that when I got old enough to get my own phone line I’d put it in my initials, not my name…because I was female. I also began cultivating the deepest, most rumbling voice I could. I wanted to be heard.

Of course, by the time I got old enough to have a phone line of my own, call display had largely wrecked the obscene phone call market and its capacity to assert power and create fear without actually facing personal consequences. The heavy breathers had to go underground and wait for the Internet, for underbelly pockets where they could congregate, no longer isolated, and reflect and amplify each others’ fledgling desires to exert power without consequence, to create fear in vulnerable others. The desires are not new. The technologies of our time regulate and constrain the identities we get to try on for size. 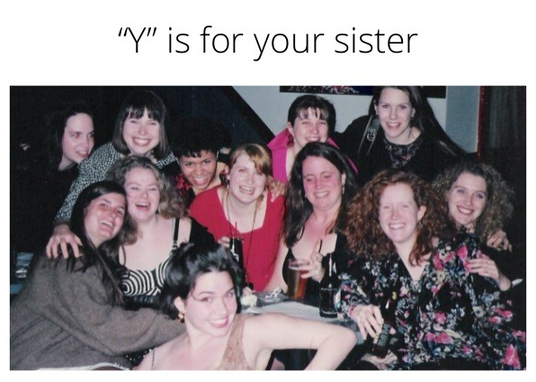 So do our cultural artefacts, and our frames of reference. I  told a story about the chant that scandalized Canadian higher ed last fall. I said that while I shared Wayne’s dismay at the fact that it was part of orientation in 2013, I didn’t share his shock: I knew the words. Twenty years ago, at the university where Wayne was later President, I learned that chant at a rugby game.

The student leaders interviewed last fall about the chant said they’d never really listened to the lyrics. I had. I’d heard and understood, just as I understood the rest of the songs that made up the raucous rugby identity: I just didn’t know what the hell to do with any of it, because I did not know if I could object and still belong. The rugby club was the first mixed-gender space I’d found where I did not feel diminished by the fact that I did not interact like a *lady.* Rugby didn’t take itself too seriously, and I thought I had to not take myself too seriously, either. So I sang along and I drank along and I tried to straddle the cognitive dissonance of it all, and mostly I failed and felt prudish and then tried harder. I did not even know it was supposed to be different. I did not know how to get outside it. It was called a tradition and it appeared to be the water we swam in and so I joined in and perpetuated it because I wanted that sense of belonging and I had no role models for a different discourse. And that is not new, either…but in the smallest ways it is shifting. Because peer-to-peer media don’t just de-isolate the heavy breathers, but those on the other end of the line. They allow outpourings like #yesallwomen as much as they allow forums for MRAs and PUAs. They allow those of us who work on campuses to connect and engage and try to set different frames of reference for campus identities, different examples, different discourses for belonging. They will not magically solve anything. But used well, they can be the kind of signal that enables people – male, female, whomever – to begin to be able to think about objecting, and changing traditions, without having to give up hope of belonging.

Or so I said Saturday. In the end, that talk didn’t feel nearly so risky in the delivery as I’d feared and I was heartened and for a minute I even thought, “maybe it’s not so hard to have this conversation after all.”

Then George Will popped up in The Washington Post yesterday. And I laughed at my naivete and realized this conversation has barely begun.
***

You’ve probably seen the article by now, deriding “the supposed campus epidemic of rape: aka “sexual assault.” Note the scare quotes. That’s the tone of the whole piece: “micro-aggressions” and “survivors” get the same contempt. The article conflates the recent trigger warning kerfuffle with an overall moral panic about how progressivism has made everyone on campuses “hypersensitive, even delusional, about victimizations.” Will asserts that victimhood is a coveted status on American campuses, one that now confers privileges.

(I will bother to explain – to all of us, even the most active in peer-to-peer communications – that when the surge of people talking about structural grievances like racism and sexism and rape threats and able-ism and the right to speak from identity positions we do not happen to fully understand, share, or agree with begins to sound like victimhood as privilege, we might want to hold that judgement. Because yes, identity and power politics are messy and conflated right now. Yes, it can make some of us with actual structural privileges in the matrix of societal domination feel unfamiliarly – even unfairly – silenced in arenas we are unaccustomed to, and yes, some people will navigate these new discursive regimes in ways that are sensationalist or distasteful or whatever. This is the price of a performative public sphere. Nobody gets to be neutral).

But the privileges of victimhood are not the conversation Will is actually in. He’s in the conversation about who has the right to do what to who; the conversation about what we uphold as unwritten codes of whose bodies and actions and decisions count. This is smack in the middle of Todd Akin “legitimate rape” territory. This is about the privilege to exert power without consequence, to maintain stability in the categories of who counts as a vulnerable Other. This is an old conversation, but one we didn’t have to have publicly for a long ol’ time because respectability politics is powerful, silencing stuff and belonging has long been the price of speaking back.

So I’d like to thank George Will for prompting me to take my keynote from Saturday public. Again, let me be very precise. This issue is not new, and the only privilege here is the privilege that Will is daring us to wrest from him, in Charlton Heston “from my cold, dead hands” style. He may dismiss the #survivorprivilege hashtag that arose in response to him. But he cannot silence it. And as someone who has worked on higher ed campuses for the past fifteen years, I see that as a positive beginning. 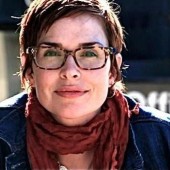